The cover quote for Bella’s first memoir is :

“Bella is the Belle of the Ball”- by Quentin Tarantino

Bella Vendramini is an author, journalist, actress and filmmaker.

Bella’s autobiography Biting The Big Apple, was commissioned by Hachette Australia and launched by Australian actress Claudia Karvan in November 2008. The book went on to enjoy critical and commercial success, becoming a best seller in both Australia and New Zealand. Biting the Big Apple has been optioned by an Australian film production company to turn into a feature film. For media reviews of Bella’s books, click here .

Bella’s sequel to Biting the Big Apple,  Naked In Public was released in 2011 to excellent reviews.

Her recent investigative journalism piece on the birth control pill Yaz for Marie Claire titled ”Bitter Pill’  was one of a handful of articles that received the most reader’s letters in the history of Marie Claire. It also instigated an Australian class action law suit against Bayer (through Tindall Gask Bentley Lawyers), as well as spawning many follow up articles and two TV shows which profiled Bella’s story, Channel 7′s Today Tonight and Channel 10 The Project. See here for more details.

As an actress and author, Bella has been reviewed and profiled in magazine and newspapers such as The Australian, Sydney Morning Herald, The Canberra Times,  Cosmopolitan, OK Magazine, New Idea, Famous, Women’s Weekly, Gloss, Mink Magazine, Independent Weekly and In Touch among others, as well as major radio stations. She has also featured in Sky News TV in their entertainment section.

In 2009 and  2011  Bella was nominated for Cosmopolitan Magazine’s Fun and Fearless Woman of the Year Award.

She has spoken at the Byron Bay Writer’s Festival about acting and writing and is represented by literary agent Fiona Inglis of Curtis Brown in Australia and by Agence Littéraire Lora Fountain & Associates in France. In 2009 Bella was awarded ‘The Visa of Extraordinary Ability’ by the United States Government for her accomplishments in writing.

Bella studied at The University of Newcastle Australia, various courses at NIDA and graduated from The Conservatorium program at the Lee Strasberg Institute in New York City. She is currently studying a Bachelor of Psychology.

As an actress, Bella has made thirty plus films including the title role in the indie feature film Playing With Piranhas as well as winning best actress at the TAP gallery film awards for Philanderers. Three of her short films A Wonderful Day, Invitation, and The Last Round have been shown at 110 International film festivals combined.

In theater, her notable performances were in Iolanthe at The Sydney Opera House, The Taming of The Shrew with Shakespeare By The Sea and in New York; she played the title in Terrorism at The Marilyn Monroe Theatre, Blood, Euphoric Tendencies and worked with Blackmoon Theatre Company on The Servant of Two Masters.

Her filmmaking credits include Producer of the indie feature film the Merchant Of Fairness starring Kesti Morassi and American feature film Japan with Peter Fonda and Shane Brolly. She also assisted with Oscar nominee Bob Connolly’s Mrs Carey’s Concert in 2011.

Bella is an avid traveller, she has travelled to around 35 countries and remains keen to see more. You can have a look at some of Bella’s journeys here 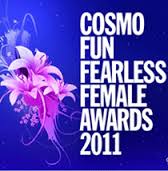